Four representatives of REDD+ Tast Force in Indonesia visited AIR at the invitation of the International Centre on Space Technologies for Natural and Cultural Heritage (HIST) under the auspices of UNESCO on the afternoon of 11 April, 2011.

REDD+, namely “Reducing Emissions from Deforestation and Forest Degradation”, was established by the UN and supported by Norway and other countries. It aims at reducing emissions from deforestation, receiving project funding upwards of one billion USD.

The delegation first looked at the Digital Earth 3D Simulation Demonstration, learnt about the development and prospects of Digital Earth, and the role the Center plays in this field. Then the delegation visited the three major international institutions hosted by AIR, toured the Control Hall of the AIR Satellite Ground System and the operation management system for working stations and networks, and viewed video surveillance of the real-time operation of the aerial system at Miyun Station.

After visiting, both parties held a meeting in which they introduced their activities and explored the possibilities for cooperation. Heru Prasetyo, the head of the delegation, introduced the basic situation of the REDD + Task Force in Indonesia and proposed cooperation with AIR in respect to tropical rain forest areas based on AIR’s satellite remote sensing technology. Zhang Bing, Deputy Director of AIR, introduced the construction of AIR’s three satellite ground stations and networks in China, and agreed to organize professionals to study the REDD+ Program in Indonesia so as to put forward specific cooperative suggestions. Both parties clarified respective contacts and laid the foundation for further cooperation. Hong Tianhua, Deputy Director and Secretary-General of HIST, Researcher Liu Liangyun, Associate Researcher Feng Qiang and Researcher Wang Cheng of the Digital Earth Laboratory participated in the reception and symposium.

That morning, the delegation was invited to attend the opening ceremony of the 4th EABRN-UNESCO Training Workshop, and then visited AIR’s Miyun Satellite Data Receiving Station on April 12th. 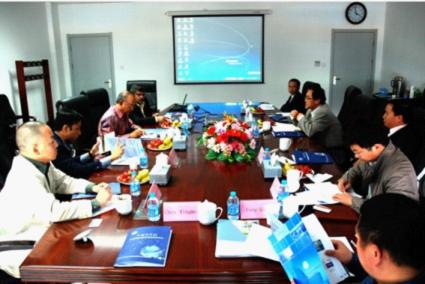 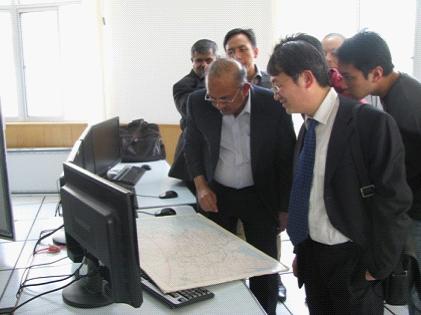