On July 24th, 2011, the first-of-its-kind World Heritage research and training organization based on space technologies ---- the International Centre on Space Technologies for Natural and Cultural Heritage (HIST) under the Auspices of the United Nations Educational, Scientific, and Cultural Organization (UNESCO) was officially inaugurated in a ceremony in Beijing.

Gretchen Kalonji, Assistant Director-General for Natural Sciences at UNESCO, Ding Zhongli, Chairman of the Governing Board of HIST, CAS Academician and Vice-President of CAS, and Xu Guanhua, Honorary Director of the Scientific Committee of HIST, CAS Academician and former Minister of Science and Technology, attended the inauguration ceremony and gave addresses. More than 100 domestic and international experts and representatives from relevant state ministries and commissions such as the Ministry of Foreign Affairs, China National Commission for UNESCO and China National Administration of Cultural Heritage, and UNESCO Natural Science Sector and World Heritage Centre, the International Society for Digital Earth, the ICSU-IRDR Program and so on took part in the inauguration ceremony. Hong Tianhua, Deputy Director and Secretary-General of HIST, chaired the inauguration ceremony.

After showing videos of “The Space Observation and Understanding of World Heritage” and “Digital Earth Science Platform”, Guo Huadong, the Director-General of AIR and Director of HIST, outlined HIST’s objectives and proposed research activities for the coming years, and gave an overview of how HIST will be structured and administered.

Gretchen Kalonji gave an address to recognize China and CAS’s advancements in space technologies and she hoped that HIST would make contributions to the conservation of natural and cultural heritage through cooperation.

Xu Guanhua made his speech to point out that HIST would play an active role to promote the conservation of world heritage sites based on international scientific resources and the advantages of space technologies. He also analyzed the necessities to develop space technologies, to preserve world heritage and the gap between the urgent demands of heritage conservation, space technology, and service capability, and hoped that HIST would take solid measures to do well in various jobs strategically and effectively.

Relevant leaders and experts including John Alan Richards of Australian National University, Qin Yuwen, Deputy Director of the Department of Information Sciences, National Natural Science Foundation, Sun Xiaoyun, representative of the Ministry of Science and Technology, Jim Weber, expert from NASA, Li Guoping, Deputy Director-General from China National Space Administration, and representatives from the National Commission of China for UNESCO, the State Administration of Cultural Heritage, the Ministry of Housing and Urban-Rural Development and so on, gave their addresses and expressed their congratulations and hopes for HIST at the ceremony.

Finally, Ding Zhongli made his speech to recognize the significance of HIST’s establishment, offering a broad cooperative and information-sharing space for countries in the Asia-Pacific region and other regions in the world. He traced the long history of CAS’s successful cooperation with UNESCO with respect to heritage conservation, expressed that CAS would give full play to its inter-disciplinary advantages to further promote the development and application of space based Earth observation technology. He also hoped that AIR, where HIST is located, would increase its supporting capacity in the aspects of scientific decision-making, development and social service to make unique contributions to UNESCO and world heritage conservation.

The premiere of the Atlas of Remote Sensing for World Heritage: China, compiled with multi-platform, multi-band and multi-mode Earth observation data, was launched at the ceremony to display the role of the space technologies in monitoring and preserving world heritage and to publicize the innovation in world heritage research from a new angle. There were also addresses given by Li Feng, Deputy Secretary of Science Press, Wang Xinyuan, Deputy Director of HIST, and Dong Cuiping, representative of heritage sites.

As a category-II center under the auspices of UNESCO, HIST is the first centre of its kind to apply space technologies to monitoring and preserving natural and cultural heritage and to conduct research and training. The establishment of HIST aims at providing technical support to other Member States of UNESCO in the aspects of monitoring, preserving and managing world heritage sites based on the advantages of CAS and AIR.

Due to its important role in monitoring and evaluating variation of large-scale surface elasticity, space-based Earth observing technology has found a new application in monitoring and preserving world heritage. However, not all the Member States of UNESCO are capable of interpreting and analyzing the satellite and airborne remote sensing data to monitor their heritage sites and thus need space-based Earth observing technologies to increase their abilities in these areas. Therefore, UNESCO and the European Space Agency established an “Open Initiative” in 2001 encouraging all space agencies and related research institutions to use space technologies to support world heritage. CAS joined this Open Initiative through the Joint Laboratory of Remote Sensing for Archaeology (JLRSA), based on which CAS and UNESCO made plans for a category-II center under the auspices of UNESCO to be hosted by CAS, for which CAS proposed a formal application to UNESCO in May 2007. The proposal was approved by the 179th Session of the Executive Board in April 2008 and the 35th General Conference of UNESCO in October 2009, and ratified by the State Council of China in April 2011. UNESCO Director-General Irina Bokova and CAS President BAI Chunli signed an agreement on the joint establishment of HIST.

HIST is guided by a Governing Board, which held its first session on the morning of July 24th, 2011. The meeting was mainly intended to establish and approve administrative matters and the development objectives, but the board also explored potential research projects and partnerships, initially focusing on Asia and Africa, offering technical support and training in monitoring and preserving natural and cultural heritage in such areas. 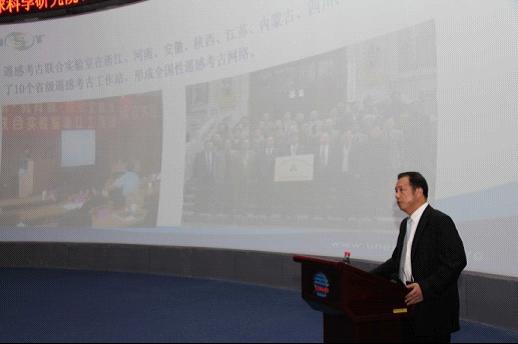 Guo Huadong, Director General of AIR and Director of HIST, addresses the audience at the inaugural ceremony for HIST 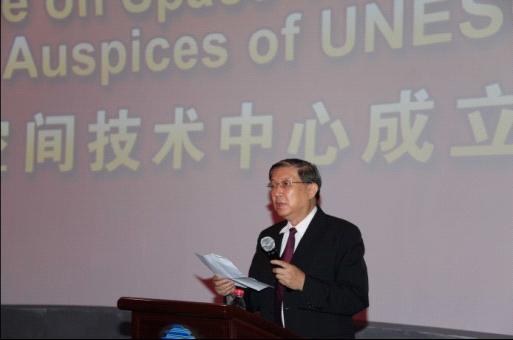 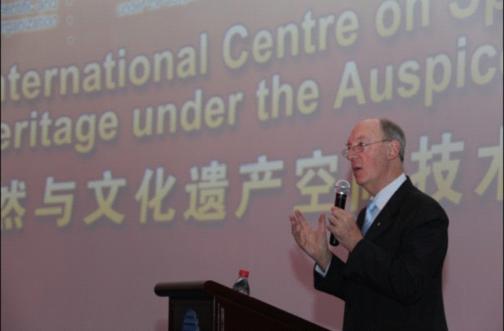 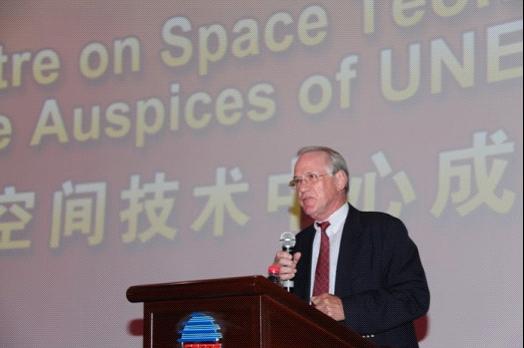 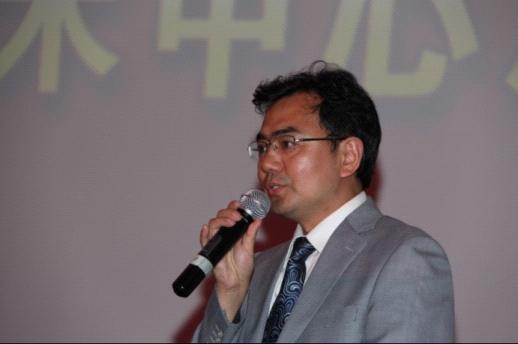 Yu Xiaoping, Commission of The Peoples Republic of China for UNESCO, gives an address for celebrating HIST establishment 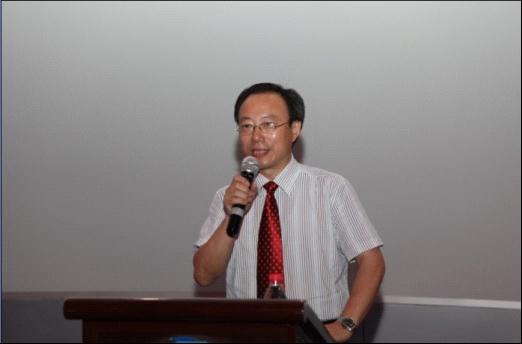 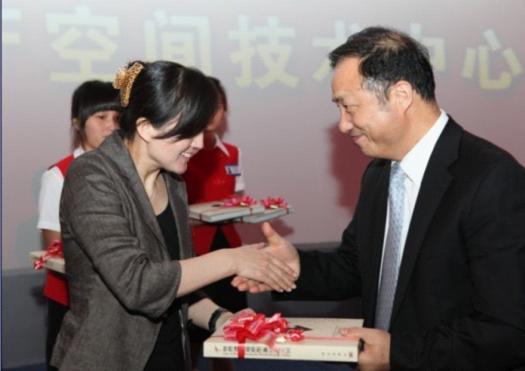 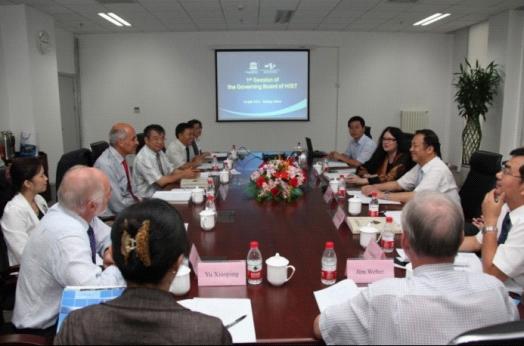 The HIST Governing Board meets for its first session